Muslim feminists at the intersection of Islam and Feminism 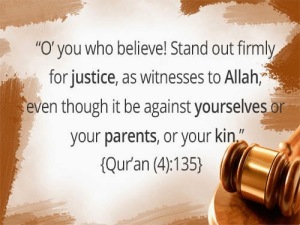 I have been a feminist ever since I began to engage with patriarchy as a conscious human being. That was also the same time when I realized that I was not the only woman struggling for space to breathe in a misogynistic world that strives to suck out every spirit of being from women, from people of color, from “minorities.” This started in my late teenage years when I began noting gendered double standards in the way that the community I was being raised in dealt with issues of gender and sexuality. I grew tired of it to the point where I have been wanting to scream ever since. And it’s been over a decade. But the reasons are too multifaceted to be attributed to misogyny alone. And the only things that have kept me sane and given me reasons to be enthusiastic about this world and women’s and gendered minorities’ future are feminism and feminist initiatives.

Let me clarify here that I am a Muslim, and I identify specifically as an Islamic feminist. I’m a Muslim Islamic feminist. It is important that I emphasize my religion here because western feminism has traditionally tended to discredit other forms of feminism, particularly feminists of faith, feminists of color, feminists who are otherwise not privileged due to their socioeconomic status. My struggles as a feminist working towards gender equality and justice are similar to the struggles of other feminists, but my struggles also differ in that I have another current working against me alongside patriarchy: Islamophobia in the West.

As a Muslim feminist sincerely devoted to Islam, I am constantly combating two major forces—misogyny within Muslim communities and within patriarchal Islamic traditions that date back to the 7th century and before in addition to non-Muslims and ex-Muslims whose shortsightedness prevents them from recognizing any beauty in any religion but, at the moment, specifically in Islam. And, frankly, as a Muslim feminist, I am tired of the mockery of Islam by non-Muslims and former Muslims whose bigotry and insincerity mislead them into thinking that the identity of “Islamic feminist” is an oxymoron. They seem to believe that no brain-possessing woman can and should be valuing Islam as her religion because Islam, and no other religion but Islam alone, is supposedly inherently misogynistic. This ignorance is rooted in today’s unfortunate politics of Islam and Muslims’ relations with the West, in the assumption that the identities of Muslim and Western are mutually exclusive, in the misguiding claim that Islam, and no other religion but Islam alone, is a stagnant religion and tradition that lacks room for fluidity and has no movements within it for re-interpretations, which all other religions apparently automatically come packed with. This fabricated image of Islam, and no other religion but Islam alone, as incapable of guiding its followers towards positive change needs to be countered with the reality of Islam and Muslims and specifically of Muslim feminists: We exist! We have always existed! And we will never stop existing! And we are constantly speaking out. There is plenty of dialogue among Muslims themselves, and with Muslims’ and Muslim feminists’ allies, there is plenty of scholarship and literature from within Islam, there is a strong enough voice from Muslims and Muslim feminists themselves to promote positive change and gender justice in our societies and communities, and we therefore do not need the voice of those who consistently interrupt us and try to break our voices, who claim that we have no voice and that they need to “give voice” to us. We have a voice; we simply lack the appropriate audience from time to time—and that audience includes all those who believe any of the following popular claims: “Islamic feminism is an oxymoron,” or “Islam oppresses women [unlike all other patriarchal/misogynistic religions, obviously],” “Muslim women need a voice [sometimes better known politically as ‘Muslim women need saving’],” or “Women in Islam versus women in the West.” If you believe any of these things, we the Muslim feminists need you to be silent and listen to us speak about ourselves instead of speaking for us.

As a Muslim feminist, I am tired of explaining that there is no contradiction between my feminist values and my religious beliefs because my religion is just as open to interpretations and re-interpretations as any other religion; it has always been that way, and it will always be that way because that is how religions work—their texts are intentionally ambiguous and speak to their audiences and followers in their own time and space, as any good text does. Hardly any Muslim will deny that Islam recognizes women’s rights in theory, but few of us follow through with those rights. Feminism for me, and Islamic feminism specifically, is the bridge between the theory that Islam recognizes and values women’s rights and the practice of working towards implementing those rights in Muslim communities.

As a Muslim feminist, I am done with popping all the bubbles blown for me, breaking all the categories created for me, transcending all the boundaries demarcated for me—because they do not fit me, they do not represent me, they do not speak to me, and they are not me. They are not large enough, not wide enough for me to fit into them. No, rather, let me rephrase: I do not want to fit into them because I am not one to be satisfied with anything created for me without my consent. I am dynamic like my faith is, and I fluctuate like my faith does. As a Muslim feminist, I have the full capacity and the full knowledge of myself and my faith to create my own space for myself. I do not work within lines and boundaries; I have never done so, and I will never do so. I do not thank anyone for trying to help when their understanding of “helping” me is a condescending, degrading enforcement of their own values on me, when their “help” is in effect a mockery of me, my faith, my beliefs, and of a people whose number exceeds a billion—the Muslims of the world. 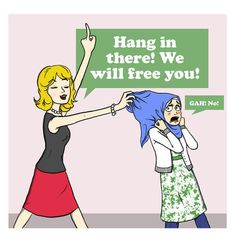 The “my feminism is better than yours” syndrome.

As a Muslim feminist, I am tired of reminding those feminists who believe they know what’s best for all other women all over the world that they have a right to speak only for their individual selves. No two experiences, no two individuals, let alone multiple groups of women or other genders and sexes on multiple continents, are alike. To pretend we understand each other just because we are all women is to dishonor our own core feminist values of justice, of equality, of inclusiveness, of recognizing all women’s ability and power to represent their own struggles because they are capable of doing so. The only thing they need from us, the only thing that we all need from each other, is solidarity; we need love and support as we navigate through a world that has falsely been perceived as created for us and not by us.

As a Muslim feminist, I am tired, so tired, of asserting my being, proving my existence in a world that doesn’t tire of attempting to silence me on every front, suppress my voice by claiming that I have none because I do not exist, because I am an oxymoron, that I’m a living, walking, talking contradiction. I am tired of saying I’m not. I’m a living, conscious, active being, I’m a feminist Muslim and a Muslim feminist who lives to fight misogyny, Islamophobia, and all other forms of bigotry no matter who I have to fight in the process. I call for other feminists and activists who believe in justice and peace for all, not just for those who share their experiences, beliefs, and understandings of life or even the struggles they face.

Just as well, as a Muslim feminist, I am incredibly grateful to all those feminists and allies who have stood by me and other Muslim feminists because they understand that feminism has no one meaning, that to limit feminism and its definitions is to tear it from the root and never see it grow again. This world is beautiful, and it can remain so only and only if we listen to each other’s voices and appreciate each other’s capacity and right to speak for ourselves instead of being spoken for. Feminism is a beautiful thing, and to acknowledge, support, and embrace each other is to allow feminism to remain beautiful and blossom with each feminist voice that differs from our own.

Well? What you say? Cancel reply