I’ve just found out that Sardar Ali Takkar, one of the most beautiful, most important musicians of all time, will be performing at the Nobel Prize Award Ceremony tomorrow, December 10th; Malala Yousafzai personally invited him to sing this song along with the unofficial national anthem of the Pukhtuns–Ay Zama Watana (I know, I know – it bothers me, too, that it’s basically all men in this song as though the Pukhtun nation(s) belong to men alone or as though they alone have built it. I’ll deal with this issue another time). This post is about the song he will be singing, one that’s very close to my heart and that brings me peace and hope every time I hear it–and I hear it a lot. It’s called Ta Bibi Shirina Ye, sung and composed by Sardar Ali Takkar, written by Behroz Khan, and dedicated to Malala Yousafzai and all other Pashtun girls. I’m going to explain something before translating these words because they mean more than just “you’re a sweet lady” – it actual has no translation because it’s a concept.

(Oh, yeah – note that the spelling of “Shirin” varies from person to person–sometimes, it’s shirin, other times shireen, other times shereen, sherin – and so on. They all mean the same thing.)

There’s what I’d like to identify as a concept of “Bibi Shirina” in Pashto and Pashto music. It’s appeared in at least three Pashto songs that I know, and it’s done beautifully in each one. I’ll briefly touch on the first two but focus on the last one, but for now, just know that bibi in Pashto (and some other languages) means “lady”; it’s a respectable term for “woman”–e.g, out of respect for a woman one doesn’t know, one addresses her as “Bibi.” And shirin is I think a Persian word for “sweet” but, it’s better in Pashto/Urdu/Persian than in English! In other words, bibi shirin together makes perfect sense in Pashto than it does in English.

Now for the Bibi Shirin songs.

Song #1 – called “Bibi Shireene” and is a love song performed by Zeek Afridi (I love his voice). The Bibi Shirina is the female beloved to whom the song is sung and the poetry is dedicated; Bibi Shirina is being praised, compared to a yellow rose, and the (male) lover is begging her to love him back. The song is very popular among Pashtuns, and you can say there’s no Pashtun, at least in Pakistan, who hasn’t heard the song yet or wouldn’t understand and appreciate the Bibi Shirin reference in Takkar’s latest song. Since Youtube is still banned in Pakistan (lolzuna @ you, Pakistan; you’re so lousy, grow up, bruh), here’s a link to a non-Youtube form of the song.

An Urdu-Pashto mix of the above song is also famous; it’s longer. Click here to access the song

The original version of this song, however, is by Khyal Mohammad, another brilliant Pashto musician. Take a look:

And, also, here’s a fun children’s dance to the song to melt your heart.

Not sure what’s going on in the video below, but the guy’s singing the same song, and it looks like he’s in some music competition program. Bottom line: it’s a popular song!

In Song #2, below, the Bibi Shirina is every Pashtun woman, whose hard work, whose contributions, go unrecognized and unheard of, and who is deprived of some of her most basic human rights. The song is sung by Gulzar Alam, another important Pashto musician, and is picturized by Samar Minallah.

An important note about this Gulzar Alam and Samar Minallah version of the song – I’ll do a separate analysis of this song another time, but for now, know this important fact about it: It challenges the stereotypical image of the Pashtun woman as someone’s beloved, which is what the version above does. That is to say, this song pays a tribute to the Pashtun woman’s unrecognized, unappreciated social and economic contributions to society. From what I understand from my conversations with Samar Minallah about the song and her production of it, it was a risk to pick up a romantic song and turn it into a tribute to ordinary rural Pukhtun women. But more on this some other time. Appreciate the song for now!

Song #3, below, is the song that Sardar Ali Takkar is singing at the Nobel Prize Ceremony tomorrow (I can’t find a non-Youtube version of the song. Sorry, Pakistaniyo!)

The reference here to the “Bibi Shirina” (“ta bibi shirina ye, ta bibi shirina ye”) should, I hope, be now more clear. It’s more than “Hey, you sweet lady!” It’s the Pashtun woman. The song is for all Pashtun women and girls and their right to education and learning.

A translation of the song is available on Tribune, but the original Pashto words are so much more empowering to women than the supposed English translation that I feel as though the translation actually does a disservice to the song and its message. Take the first line, for example: “Mor ye ke merman ka khor ao lur ye kho bas mina ye” does not mean
“Fulfilling the capacity of mother, wife, sister and daughter, you incarnate love by all.” Uh, no. I’ve contacted the poet (Behroz) for clarification, but I know him and his views on women, and I know with full certainty that he would never write something in which he ties a woman’s value to her relations with others, especially with men and most especially patriarchal relations.

Even literally, though, that first line should be translated as: “Whether you’re a mother, a wife, a sister, or a daughter, you’re love” (or, whatever, the incarnation of love, etc.). There’s nothing about her role as a mother or a sister or a daughter or wife. A woman is a woman and she’s valuable regardless of her relations with others, especially men. 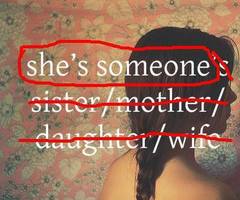 Let’s stop identifying women in relation to others.

I’m gonna paste the full translation (with modification – more modification to come later as I hear back from the poet to translate this more appropriately).

Whether a mother, wife, sister and daughter, you are love
O Pakhtun sweetheart, learning is your right.
You are a Bibi Shirin
Allow her to learn and she will help your country thrive.
She will raze down the idols of ignorance
She is the origin of life and she is the sign of grace and respect
You can bring prosperity and peace, if your strengths are utilised
You are a burden only in the snare of others grip
Do not consider yourself inferior, you are second to none,
Your wisdom and physical strength is unrivalled,
Your pride is your reason and hard work
You may be heartbroken, but your aspirations speak of strong determination
You are a Bibi Shirin

That said, it’s such a beautiful thing to know that a Pashto singer will be honoring the world during this international award ceremony! God bless this man and his family, God bless Malala and her family, and God bless Behroz and his family!

Categories: Death to patriarchy, gender, I can't believe this needs to be said out loud, Music, Pashto, Pashtuns