What It’s Like Being a Pashtun Woman on Social Media – Story 3: on public identity, marriage proposals, unwanted requests

Continuing our series on Pashtun women’s experiences with social media / what it’s like being a Pashtun woman on good ol’ internet. (The other stories are linked at the bottom of this post. PLEASE read the Introduction to the series so you understand why I choose to focus on Pashtuns and not on other people. No, harassment and intimidation have no race, I know that.)
The following has been approved by Samira herself. Quoting her verbatim in italics. 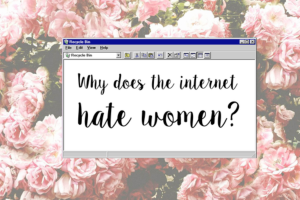 Social media has allowed me to connect with and organize with an incredible group of Afghan, and more specifically Pashtun, people from all over the globe. For those of us living in the diaspora, it has enabled us to maintain ties, forge new relationships, and be a part of a community that has been stripped from us because of war and conflict. I have conversed and connected with a range of people, from academics I admire, to social justice advocates and political figures. I have found women from around the world who have become sisters to me. Through social media I have been educated far more than in any of my institutional schooling experiences. It is this that leads me to continue to actively engage online and the reason why I deeply value the reach and experience of social media for it has not only allowed me to come closer with my culture and history, but has also shown me that there are others out there who share similar struggles of identity and belonging.

Now that aside, social media has also been an incredibly toxic place, specifically as a Pashtun woman. In my accounts on twitter and facebook, I do not use my full name for various reasons, but one in particular, is in an attempt to avoid unwanted attention from men.  Until quite recently I rarely expressed my identity as a Pashtun,  not only in open social media accounts, but also in public forums, in-person panels, or any other sort of public engagements. For some reason, I have always had the fear that harassment would increase if I were to start claiming I was Pashtun. As someone who is engaged in activism and research about the Afghanistan region, I would often frame my personal interest in topics as stemming from my Afghan identity. And, as I expected, while I would receive the regular unwanted facebook requests, private messages, and emails, it wasn’t as bad as when I finally began to publicly identify as a Pashtun woman in diaspora.

I had become quite accustomed to, and generally expected to, receive hateful messages from Muslim men after hosting events around Islamophobia attempting to police what I wear, or messages from Afghans following Afghan initiatives for “not behaving in a manner befitting a Afghan woman” merely for the reason that I was speaking in public engagement, or from the white bigot telling me to go back to where I came from. However, there was a new type of harassment I began to face when the word “Pashtun” became tied to my public persona. Rather than disagreeing with my opinions or attempting to police my existence, what I now experience is a steady flood of messages from men IN the Afghanistan and KPK region introducing themselves, expressing interest, sending sexually explicit and inappropriate messages, and even at times, the odd proposal to get to know each other for marriage. I have found myself questioning what it is about Pashtun men, their conditioning, or their upbringing, that lead them to harass Pashtun women online? Why is that despite years of doing work and being in the public eye around issues of war/inequality/race/religion, it was only when I began to discuss myself as a Pashtun and publicly identified, that the harassment increased?  And, do other women face this same level of harassment from Pashtun men or is it only, in fact, exclusively a Pashtun thing?

With the messages I was receiving earlier, there was always the room to change opinions, to discuss our differences, and educate others on what my opinions and choices reflected. In a way, despite how intimidating and threatening bigotry can come off, I have always seen it as having the potential to be a two-way learning opportunity. This new harassment of a “romantic” nature is far more terrifying on various fronts; from personal safety, societal assumptions, vindictive rumour-spreading, this form of harassment, to me, has a way of stripping many incredibly strong women I know of their agency and pushing them out of the public domain.

And hiding is not an option. The only way that we as Pashtun women can change the way we are treated publicly is to be unapologetically resistant. The more incredible women speak out about the horrific way in which they are harassed and vilified by our community for the basic fact of existing, the more it gives strength to other women to do the same. We can’t let ourselves be pushed out of doing what it is we were passionate about, whether it is advocating for human rights on a global stage, being a world-touring break –dancing queen, or just wanting to share your pictures and experiences with your friends online.

So reject those friend requests, respond to those predatory men with harsh rejections, ignore the hell out of them, discuss it with your online network of sistas, do what it is you need to do to make the internet a comfortable space for you.

Our Message to Samira Gula

You’re doing amazing work, and your efforts against Islamophobia, racism, war, etc. are needed and much appreciated. That so many Pashtun/Afghan men associate the public engagement of Pashtun (or any!) women with what they understand as immodesty and the woman’s attempt at begging for negative attention is a mentality that certainly needs to be eradicated. One of the best ways to make that happen, I believe, is to encourage more and more Pashtun women to come forward, to speak up, to stand up for themselves, to reclaim their dignity in the public space that too many men predators have wrongly claimed as their territory. God bless you and God bless the work you do! Thank you for speaking!

Previously on What It’s Like Being a Pashtun Woman on the Internet:
– Introduction to the Series
– Story 1: intimidation, indecent photos, and threats of no-husband-for-you
– Story 2: indecent exposures, demands for massages, and male orders to be quiet

Tags: being a Pashtun girl on social media, Pashtun women