On Conditional Love in Patriarchies. and death to patriarchy.

For the past few years, I’ve been dealing with what I am now recognizing as conditional love. Not everyone gets what this is like, and not everyone is unfortunate enough to ever experience it. And I pray no one ever does. Every child deserves unconditional love from her/his parents, parents-like figures, families, and others around them. But wh

I’d like to believe I have experienced unconditional love, but there are moments when I wonder if I even know for certain if it exists. A good friend once made me see it this way: Would you really love a sibling or a child or a friend unconditionally if they were a murder or a rapist or some other sort of criminal? Probably not.

But that’s different from the conditional love, if it’s love at all, that I’m discussing here for the following reasons:

1) In some cultures, in some patriarchies, there is immense unconditional love for male children – it’s just non-existent or is minimal for females. Not because the female is a criminal or whatever. But because she is female. In some patriarchies, we might hear that she is cursed with being born female or being raised girl/woman. And so in these patriarchies, it’s actually a crime to be born a woman.

2) The “crime” for which love for a woman is always conditional is men’s insecurities and fears of her abilities to “dishonor” them. And who even knows what dishonor looks like in these cultures or communities, since it can range from simply giving birth to a daughter (or, worse, God forbid, daughtersss! And even worse, many daughters and no son!) to leaving your house without your husband’s or father’s permission to falling in love (with anyone, not just/necessarily with someone your family disapproves of) to seeking divorce to … you get the point. In this patriarchy, all that matters is what your family THINKS are good praises from other families of your community, and so your happiness doesn’t matter. That includes being pressured or forced to marry someone your family wants even if you insist that you don’t wanna marry that person because you know that man to be a horrible man. To which your parents respond, first, with “!!HOW do you know that!” and second, “So?”

3) In other patriarchies, conditional love for a woman comes in other misogynistic forms, like not loving your husband (whether he loves you or not), or making more money than your husband – and being killed by your husband or boyfriend or another man is a risk you take for simply existing as a woman in such patriarchies. Any time you leave your home alone, especially at night, you run the risk of being attacked or killed because the men in these patriarchies feel entitled to do to you whatever they want.

Except these aren’t crimes and should not be considered crimes. I’d think that should go without saying, but apparently not.

But let me stick to talking about the patriarchies where you’re consistently and constantly reminded to take  care of someone’s reputation because “people talk.” Your life doesn’t matter, your personal values don’t matter, your dreams don’t matter – YOU don’t matter. The only thing that matters to people in this patriarchy is other people’s opinion of them. As my Twitter header reads, “Khalak ba sa wai” [“What will people say/think!”] – the reason thousands of dreams die daily in Pukhtunkhwa. You are loved in this patriarchy only on the condition that you will do everything expected of you by a bunch of people who don’t give a damn about you. If that means you will marry whoever these people who don’t care about you marry, then so be it. if that means you will wear whatever these people expect of you, then so be it. But the real tragedy here is that these people, because they don’t care about you and do not love you at all, will make things up about you or find other flaws in you to be able to talk about you to, say, your family/parents and other people in the community; so is it really worth giving your own self, your own life, your own dreams up for people like these? I don’t think it’s ever worth doing that, don’t get me wrong. But even when you do decide to just do what is expected of you, you don’t end up winning. 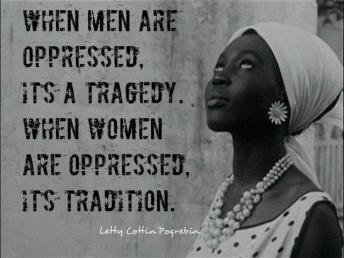 I know families (with daughters) who have done everything in their power to make sure their daughters are denied every possible opportunity that could potential endanger the family’s reputation – because a family’s reputation depends exclusively on what their daughters do, let’s be real. That includes homeschooling the girls (all this while the sons are sent abroad for education), making them cover their faces whenever they leave their homes, not allowing them to visit friends or other families around except when their mother is with them. Why? Because this way, they won’t have an opportunity to do anything their family or their community finds potentially dishonorable.

Honor. I hate this word like I hate nothing else – except patriarchy. I hate patriarchy even more than I hate this word “honor.” It’s the dirtiest, most dishonorable word that exists in any known human language. I dream of strangling. One day, inshaAllah. Then again, this word itself was originally probably beautiful, but as is patriarchy’s habit, it took it and made it all about itself.

God, patriarchy is so fucking oppressive. And so unnecessary.

Well? What you say? Cancel reply